Description: Southern Surveyor cruise SS 02/90 was undertaken to carry out a demersal fish survey, and benthic sampling in the North West Shelf, encompassing three experimental management zones Barrow Island, Legendre and Port Hedland.
Data and samples collected include hydrological, length frequency for 15 species of fish, and otoliths for 4 of the major species, squid and cuttlefish biologicals and specimens (JCUNQ), numerous fish specimens for taxonomic identification, sediment and infauna samples, and video/camera photography of the trawls were carried out. Gear trials were also conducted at the beginning of the cruise.
This voyage forms part of the North West Shelf study conducted by CSIRO Division of Fisheries between 1982 and 1991. Related voyages are Soela SO 5/82, SO 6/82, SO 1/83, SO 2/83, SO 4/83, SO 5/83, SO 6/86, SO 7/87, SO 5/88; Pride of Eden PoE 4/89; Southen Surveyor SS 04/91. 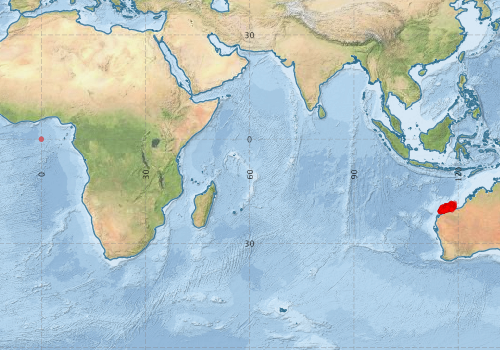