From: Sydney To: Sydney

Voyage Objectives
To ascertain the rate and nature of sediment movement across and along the NSW continental slope. This will be achieved by first imaging the area utilising the Swath, and sub bottom profiles. After this data has been acquired a range of potential sampling sites will be selected for side scan, seismic acquisition followed by the physical sampling effort including gravity cores, box cores and piston cores. These sites are anticipated to reveal the timing and extent of sediment movement. 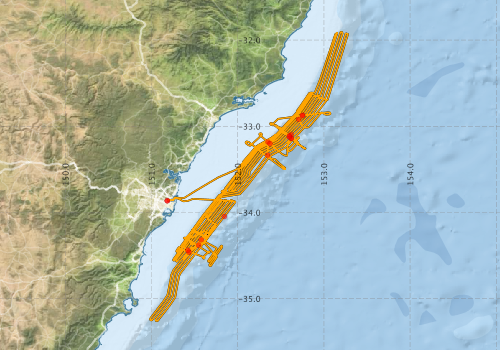